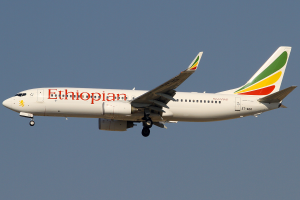 Ethiopian Airlines announced the activation of its new route between the capital, Addis Ababa, and the Jordanian capital, Amman, starting from the end of next August, after two years of delay due to the Corona pandemic.

The new direct route to Amman was originally announced in July 2019, and then was specially postponed due to the Corona pandemic.

During the previous announcement of the flights to Amman, the CEO of Ethiopian Airlines said: “We are pleased to announce that we have finished preparations for the opening of flights to Amman in mid-July. As an ancient civilization that offers an enchanting blend of modernity and tradition, Jordan is an impressive destination for tourists.” .

He stressed that Oman’s inclusion in the Ethiopian Airlines network “will increase the number of cities it serves in the Middle East.”