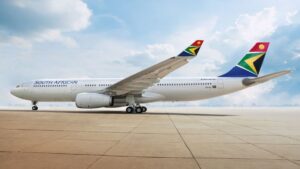 What was whispered in VIP lounges at mainland airports is about to be official. In order to save its national airline from the brink of bankruptcy, insolvent South Africa must team up with African airline giant Ethiopian Airlines, according to an investigation commissioned by parliament.

The assessment report, dated October 4, which financial reporting agency Bloomberg claims to have obtained a copy of, was edited by African Aviation Services Ltd. The findings of the investigation were presented on Monday by a group of ANC parliamentarians, according to a party official who requested anonymity.

South African Airways went into receivership in December and now needs more than R10 billion ($ 603 million) to restart, according to a recovery plan drawn up by the carrier’s union. In fact, the airline has not been a beneficiary since 2011. It owes its survival only to government subsidies that have continued to bail it out over the years.

An existing airline has intrinsic value that is difficult to replicate by creating a new one, said Nick Fadugba, CEO of African Aviation Services and study author. He added: “After a thorough analysis, our preferred strategic partner for SAA is Ethiopian Airlines.

Five of the ten lucrative roads in South Africa

South Africa has the strongest aviation market on the African continent, Fadugba wrote, citing research which shows that five of the 10 most lucrative routes in Africa are to or from Africa. South, three of the continent’s 10 busiest airports are in South Africa, and six of the top 10 busiest routes are within or from the Rainbow Nation.

Ethiopian Airlines is willing to provide aircraft, pilots and maintenance services to SAA, but is unwilling to help it pay off debts and cover social costs, said Tewolde Gebremariam, CEO of SAA. airline, in an interview last week.

Echoing Gebremariam’s comments, Fadugba wrote that the South African government should take over the debt of SAA, instead of sealing the accounts of a new partner.

The airline is unlikely to survive unless an investor is found, he said.