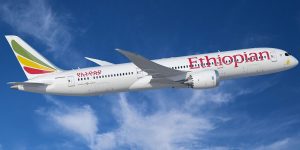 Ethiopian Airlines has decided to reopen its flights to Bangalore. The East African country’s air carrier now operates three frequencies on the airline serving the Indian destination from its Addis Ababa-Bole hub.

The service actually existed before being suspended more than twenty four months ago after the appearance and spread of the pandemic.

This flight is in addition to other routes offered and operated by Ethiopian Airlines to serve other Indian destinations including New Delhi and Mumbai.

The new flight serving Bangalore allows Ethiopian Airlines passengers to enjoy numerous connections between Ethiopia and India. Indian passengers using this flight can benefit from connections to more than sixty destinations on the African continent.

It should be recalled that Ehtiopian Airlines deploys its planes on air routes connecting Bole airport to three Indian destinations, dedicated exclusively to passenger transport, knowing that the African carrier also operates flights dedicated to freight transport to Bangalore and four other cities in the Southeast Asian country.