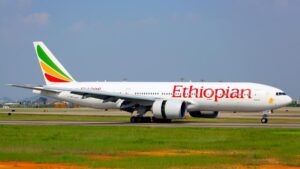 The airline Ethiopian Airlines will no longer be able to transport travelers to France until further notice, French Transport Minister Jean-Baptiste Djebbari announced on Wednesday, citing breaches of health rules established by Paris.

A “negative PCR test (is) compulsory for any traveler arriving in France by air,” the minister recalled on Twitter on Wednesday.

“It is up to the airlines to make sure of this on departure. There have been shortcomings on the part of Ethiopian Airlines. We have therefore decided to suspend their flights to France.”